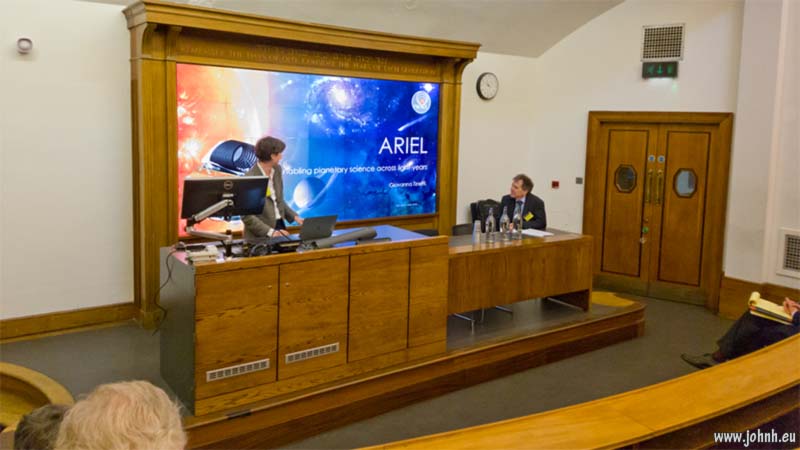 Should there be a poet in the Lunar Village, why are there so many exoplanets and why are they so diverse? Intriguing questions discussed at UCL’s first session of its Space Week; also how to distinguish between useful technology actively disposing of debris in space or identical technology being used in a hostile way to disable satellites.

The further spread of network connections will be provided by a constellation of over a thousand new satellites in orbit much closer to the Earth’s surface than the traditional communications orbit. This will extend ubiquitous connectivity to the oceans; no longer will a cruise or a flight or an expedition to a wilderness area be an escape.
A constellation of just three LISA satellites are set to detect gravitation waves by measuring the minute changes in distances between them.
Much else about national space policy driving economic growth and so on. Science is now just one application in space.
Oh dear, whilst cameras in space continue to provide escapist astronomical imagery, the realisation is that space technology is becoming inescapable to life on Earth.