I'm lucky enough to travel a lot but I also aim to understand a place in some depth. So I like to find out about the local history, sociology, wildlife and local arts. I prepare for a trip by looking up photos of the famous sights, they're usually a good guide both about the local visual interest and also a warning of what has already been done or over-done.
I try to use the tools of modern photojournalism and photography to communicate how I feel about a place. You’ll see that I have used Portrait, Street, Interior, Historical, Abstract, Landscape, Historical, Wildlife, Phone-camera and Selfie genres at different times for specific effects. 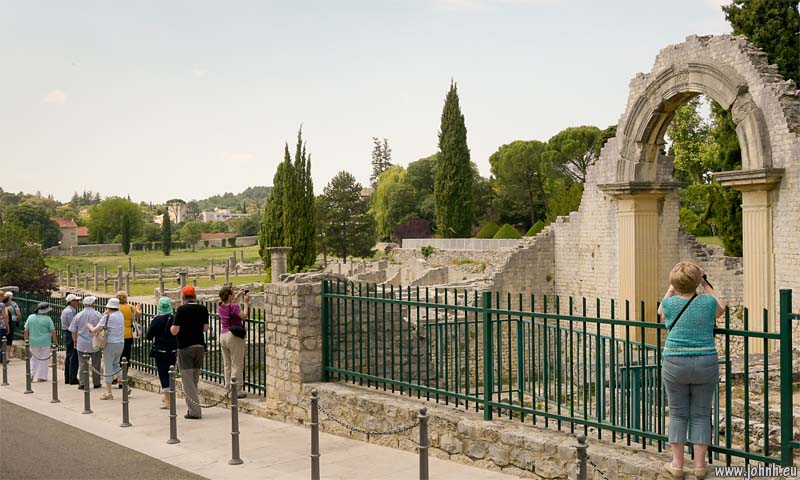 Tourists looking through the railings at the “La Villasse” Roman site to avoid paying the admission charge in Vaison-la-Romaine at the foot of Mt. Ventoux in Provence. The Roman sites at Vaison were mostly excavated and reconstructed with scant regard to academic archaeological practice by Canon Joseph Sautel and his team between 1907 and 1952; what we see now is to some extent a theme park rather than an accurate reconstruction. This arch was dubbed “The Basilica” but it seems more likely to have been the baths. The rest of this site are thought to be a street with shops and nearby villas. Nearby are the Praetorium, Nymphaneum. Vaison’s open-air Roman theatre has been mostly reconstructed (and is now active with modern shows) after the decommissioning of the railway line which had been was built across what had been the stage. 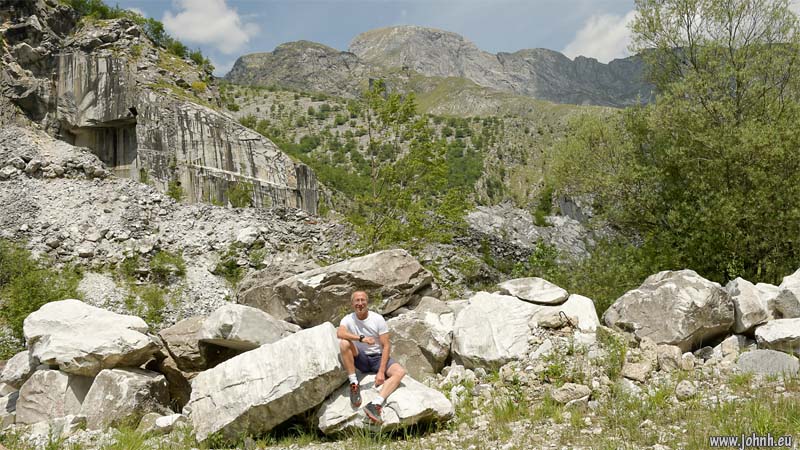 White Apuan marble being quarried at the head of a dramatic V valley up for the river Secchia. This is the “Tuscan Fault” where the Corsica-Sardinia block is abutting the Po Plain, pushing up the Alpi Apuae and crumpling the crust to form the Orecchiella range. The rocks exposed in the Alpi Apuae have been subject to great pressure and heat, which are now quarried for their building properties and beauty. 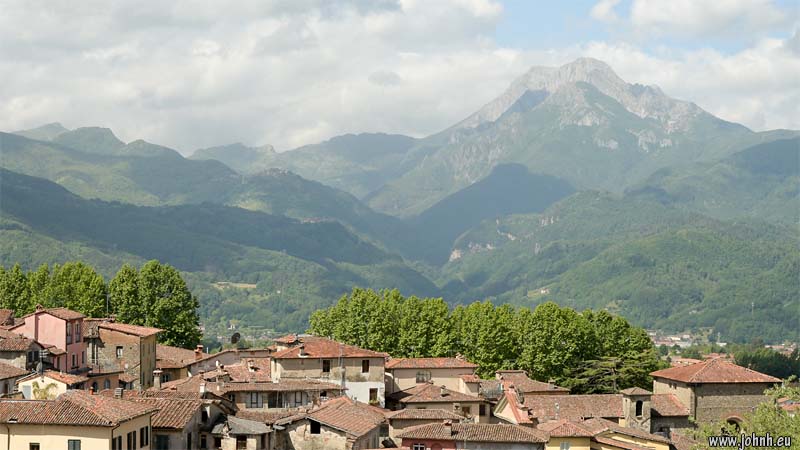 Short stay in the northern hills of Tuscany, the Garfagnana. The Secchia river flows down this valley between the Orecchiella and Alpi Apuae natural parks. The topography and geology are radically different on each side of the valley due to the “Tuscan Fault”. We're staying in a family hotel, there's a fine view over the roofs to the twin peaks of Pania della Croce (1,858 m.) and Pania Secca (1711 m.). A trip out to the Passo delle Radici (1,529 m.) found a road with views of the whole of the Alpi Apuane range. Motorbikers out from Lucca, Pisa and Firenze told me they were riding the pass on a touring circuit including Spedaletto. 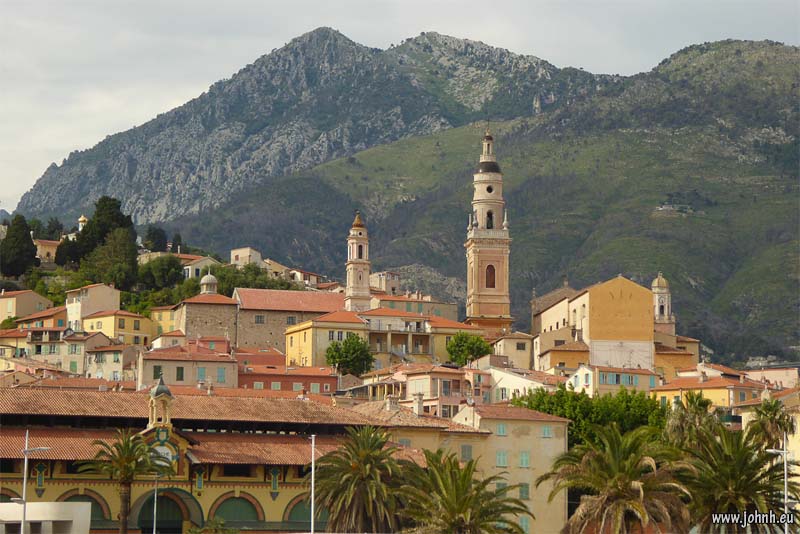 Round the bay from Monaco and the last town on the French Côte d'Azur before the Italian frontier, with streets lined with lemon trees or palm trees, Menton has a charm as enticing as its climate. 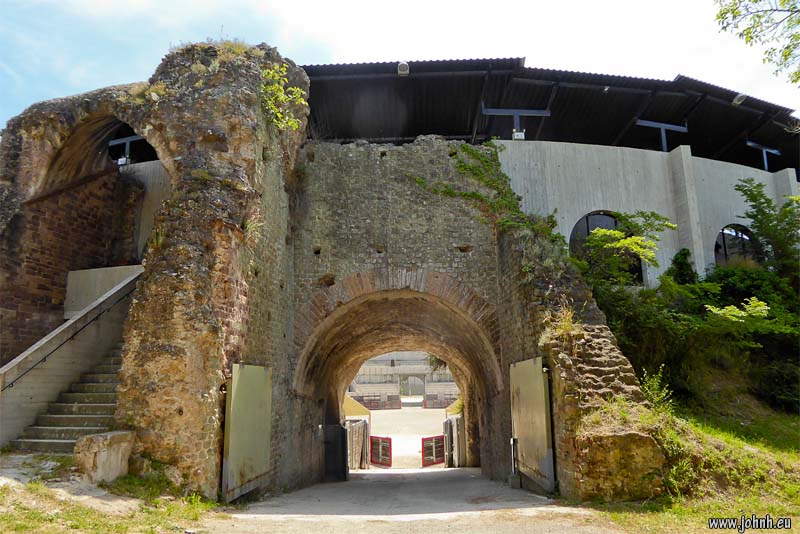 The entrance of the gladiators at the Fréjus Roman amphitheatre. The arena is still in use for contemporary events although Fréjus town has famously outlawed fiestas featuring live bullfights since 2010. The Roman remains have been cloaked in modern seating and fittings and there is a memorial garden outside to the disaster in 1959 when a dam burst with a flood wave which resulted in the loss of 400 lives.
The twentieth century historian of the region Alphonse Donnadieu proclaimed Fréjus the “Pompeii of France” but was rather overstating the case, Fréjus had a fine Roman water system and aqueducts and a Roman theatre but few of the Roman sites have escaped the rapid expansion and development of the town in the past forty years.