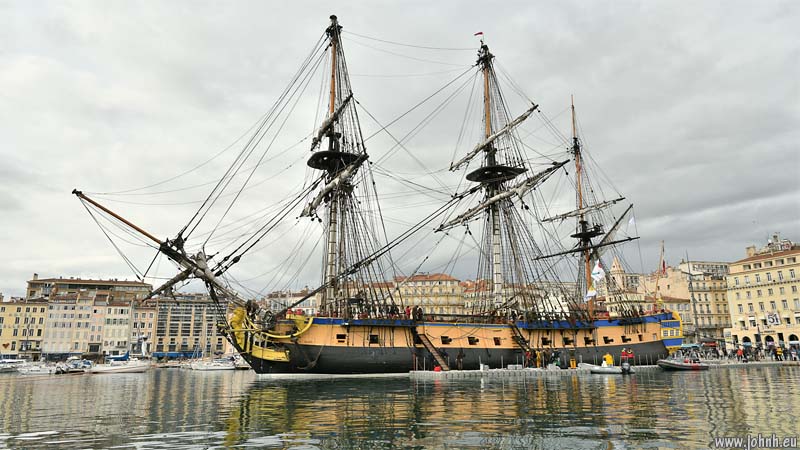 L’Hermione (1779) was a three-masted Concorde class frigate of the Marine Royale française, launched in 1778 and initially very successful around the French coast suppressing raids by corsairs. L’Hermione took the Marquis de La Fayette with a crew of 200 to help the American separatists led by George Washington in 1780. I was surprised just how big the three-master from the trine of the American War of Independence and the French Revolution looks even today.

After American Independence, the Hermione fought in India, then returned to Europe to fight the British. Concorde class frigates became outdated: Hermione was wrecked in a storm in 1793; her sister ships were captured by the Royal Navy.
The current frigate L’Hermione is a reconstruction, now with a crew of 80. All lifting (sails, anchor, stores etc) is still done by hand although the accommodation, kitchen and bridge are modern.
A straightforward photo but getting access to the right pontoon to get the shot took a bit of negotiation, in Marseille argot of course.