The Nutcracker, the Royal Ballet at Covent Garden 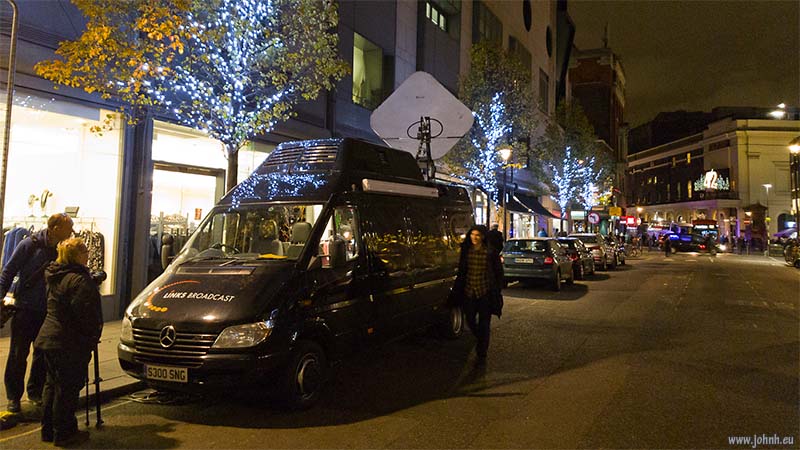 The Nutcracker at Covent Garden. They don’t do pantomime of course, this is as near as they get in the Royal Opera House. Peter Wright’s choreography of Tchaikovsky’s ballet score is very family-friendly, there’s a live television relay worldwide of tonight’s performance and showings on television over the festive season. So what’s the point of being here in the theatre?
However much the technology improves, it doesn’t replicate the thrill of seeing these major performers just over there, direct line of sight, nothing in between. There’s no mediation: you see, sense and feel the performance as it is, in its entirety. For ballet it’s about the physicality too, these moves are athletic in the extreme, the concentration and the physical effort communicates directly to us, human to human, both the soloists and in the group pieces - tonight we had principals plus up to two dozen dancers all performing detailed, complicated dances in character with huge grace and in pretty near perfect synchrony.

And there’s the shared experience of enjoying the ballet in a crowd, in an audience. Crowds are part of urban life but everyday crowds are of people going their different ways, avoiding each other. A crowd in a theatre have a common purpose, a shared aesthetic experience. That makes a sympathetic, empathic crowd. There’s an energy too. You as an individual can’t ignore the reaction of those around you, it enhances and educates. People react to different things, one pair near me responded to the character work, others the big group scenes and some of us to the power of the pas-de-deux at the end of Act 1. Another group were spotting a friend in her various appearances amongst the corps-de-ballet. And the Divertissments (feature dances) in Act 2 caught and held the attention all of the audience.
Then there’s the stagecraft; particularly in a piece with magic like The Nutcracker. It’s magic in the theatre because something unexplained happens right in front of our eyes, whether it’s tricks with lighting and gauze, sleight of hand or flying.
Finally, technology still can’t replicate the visual and aural pleasure experience of a live show with a live orchestra.
Yes Royal Ballet were magnificent. It would be churlish to say otherwise. If this is not 10 10 10 10 then what is? The orchestra too. This latest incarnation of Royal Ballet’s choreography and production, which has been continuously evolving since 1974 seems both familiar and fresh, new and lively. But so you would expect in this particular performance, the one for television and the live relay. It used to be best to book the performances not for TV, to avoid the distractions and even the supplementary “lighting for television”. But that was a long long time ago even though still this same stage. Now the show with all the principals is the one that’s on TV. The tail wags the dog.
And my photo? The satellite uplink truck parked round the corner from the Stage Door and the main entrance; it might have been the only evidence outside of the live worldwide relay but it turned out to be not even that,. Apparently just a newsgathering truck that happened to be parked in Covent Garden... or were they being coy for security?  A long way from the multitude of television trucks - scanners, tenders as well as the radio links truck - which were the norm for a live broadcast from a theatre in those days long ago when I was working for London Weekend Television Outside Broadcasts.

Performed by The Royal Ballet