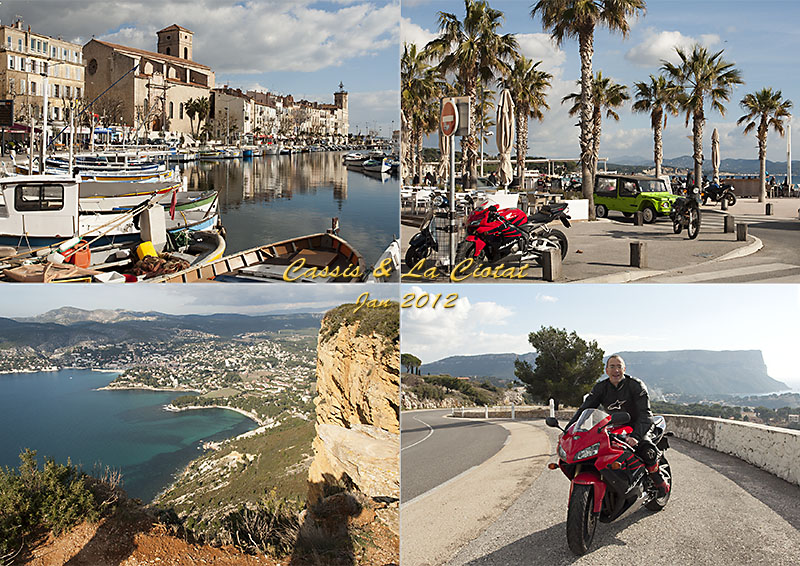 Marseille, la Gineste, Cap Canaille, Cassis, La Ciotat and back via Aubagne. A very pleasant bike ride for the end of January. Challenging enough to work the sides of the tyres nicely matted and practice gear-changing on the hills and late braking on the curves,  My bike started first try, even after the winter lay up. Winter leathers yes, but sunshine and just a light wind made the clear roads very enjoyable. And of course a break at La Ciotat, enjoying some patisseries to the sound of the waves breaking on a sandy Riveria beach. La Ciotat has a cinema dedicated to the Lumière brothers, who made a very early film of a railway train arriving at La Ciotat station.